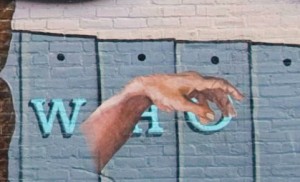 Israeli and international corporations are directly involved in the occupation: in the construction of Israeli colonies and infrastructure in the occupied territories, in the settlements’ economy, in building walls and checkpoints, in the supply of specific equipment used in the control and repression of the civilian population under occupation.

This database reflects an on-going grassroots investigation effort by activists in The Coalition of Women for Peace, a leading Israeli feminist peace organization, dedicated to ending the Israeli occupation of the West Bank, Gaza and the Golan Heights and reaching a just peace in Israel/ Palestine. In exposing companies and corporations involved in the occupation, we hope to promote a change in public opinion and corporate policies, leading to an end to the occupation.

Along with various political, religious and national interests, the Israeli occupation of the West Bank, Gaza and the Golan Heights is fueled by corporate interests. Israeli companies and multinational corporations lead real estate deals, develop the Israeli infrastructure and settlements in the Palestinian occupied territories and the Golan Heights, contribute to the construction and operation of an ethnic separation system, including checkpoints, walls and roads, design and supply equipment and tools used in the control and repression of the civilian population under occupation.

Currently, we focus our attention on three main areas of corporate involvement in the occupation: The Settlement Industry, Economic Exploitation and Control of Population. At this stage in our project, we are not investigating the vast industry of military production and arms trade. The information we provide on the exploitation of Palestinian labor and production is also very limited. Other organizations (Kav LaOved, Adva Center, and The Alternative Information Center) have investigated these fields of involvement in depth, and wherever necessary, we show a link to their publications.

Coalition of Women for Peace

The Coalition of Women for Peace brings together independent women and 10 feminist peace organizations who work relentlessly for peace and justice. Founded in November 2000, after the outbreak of the Second Intifada, the Coalition today is a leading voice in the peace movement.

The Coalition is committed to the struggle to end the occupation; to the full involvement of women in peace negotiations; to an end to the excessive militarization of Israeli society; to equality, inclusion, and justice for Palestinian citizens of Israel; to equality and social justice for all inhabitants of Israel.

In addition to supporting the work of its member organizations, the Coalition carries out its own activities – mass rallies, campaigns and educational activity. It runs outreach and advocacy programs within Israeli society, and activities which involve solidarity and cooperation with Palestinian women in the occupied territories.

The Coalition has a broad international reach. It is networked with peace organizations in over 200 cities around the world, and members of the Coalition frequently represent the Israeli peace movement in international forums. On several occasions, demonstrations held in Israel have been supported by (or inspired) solidarity actions in over 150 locations worldwide, many of which were covered extensively in the media.