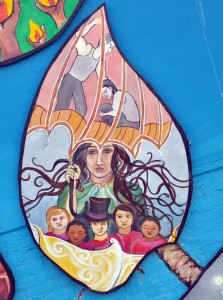 SafePlace is the only advocacy agency and confidential shelter for survivors of domestic violence and sexual assault in Thurston County.

We are a private non-profit organization. Our sexual assault program is one of the oldest in the nation. A board of directors, a paid staff, and over 90 trained volunteers operate the agency.

SafePlace was formed on October 9, 1981, by the merger of Rape Relief and the Women’s Shelter, two programs operated by the YWCA since 1973 and 1976, respectively.