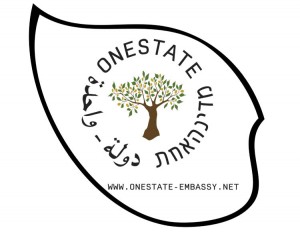 This is the Website of OneState Embassy in Vienna

Ambassadors Osama Zatar and Tal Adler have appointed themselves as first Ambassadors of OneState in June 2009, in the lack of any other diplomatic services at that time. OneState Embassy in Vienna became the first Embassy to represent OneState globally.

Extremely positive reactions in Palestine and Israel as well as in Austria, encouraged the ambassadors to search for a suitable property for the new embassy. A beautiful garden house on approximately 3000 sq’ meters land in 167 Sieveringerstrasse in the 19th district in Vienna was then obtained and construction works on the property begun.

The official announcement of the Embassy will be held in the temporary offices of the Embassy, on 29th September 2009, in office 613, Hof 7, Museums Quartier, Vienna. The Diplomatic Performance will begin with a ceremony followed by a briefing in three or four languages and a short session of question and answers. Media from all over Austria has been invited for the Diplomatic Performance, and the whole event will be video-recorded and streamed online in this website. The streaming will be projected in a few institution in OneState (previously known as Israel and Palestine).

The Embassy will initiate events, invite guests, extend diplomatic relations and continue to develop the infrastructures to represent OneState globally.

Diplomatic performance at the opening of Jewish Film Festival

Ambassadors Tal Adler and Osama Zatar are invited to perform in the opening of the Jewish Film Festival in Vienna, on Thursday, November 12th, 19:30 at Votiv Kino. They will be interviewed on stage and will present a rare film:

From the Ernst Habsburg’s archives (Switzerland)
A rare short film showing two envoys from OneState; Shimon Turda and Atallah Bey, giving a speech at the screening of the Film “One State, Many Faces” filmed in Jerusalem in 1909. The screening was held at the ‘Jüdische Aktualité Abend’, at the Helios Kino in Taborstrasse, Leopoldstadt, Vienna.

Policies of Separations and Cultural Diversity

Policies of Separations are global. Administering fear, hatred and divisions has always been an effective means to ground unquestionable rule. Even in unified federations, states and nations, differences with other states or nations are highlighted.

As in other places, separation policies are the way to go in Israel & Palestine, however, an honest attempt to promote sustainable peace renders separation policies there absurd. In Israel & Palestine too much is already mixed. Arbitrarily drawn borders can reflect nothing of the cultural diversity of the place. Among the many ethnic, religious or cultural identity groups living there are Muslims from various backgrounds, Christians from different churches, nations and beliefs, Druze with different national affiliations, Bedouin from various tribes and origins, Samaritans, Adygs, Baha’is, Gypsies, Armenians, Palestinians with Jewish roots, Jews from Arab countries, Hassidic Jews with European roots, hundreds of thousands of international workers, Buddhists, Atheists, Pantheists and many, many more.

OneState sees all people equal. All racial, religious, cultural, historical and biological hierarchies are utterly rejected. Divisions and Separations become redundant and a new proposal for human civilization is put forward: Looking at mankind equally and sharing resources globally. OneState therefore seeks friendly and peaceful relations with its neighbors and with all other states.

As religions tend to serve as pretences for Human conflicts, they should remain the domains for spiritual practices and well away from state politics. OneState has no official religion and no religious affiliation. In OneState religion is an option, not a duty. People are free to cultivate their spirituality with consideration and acceptance of the others’ beliefs.

There are many visible and hidden, conscious and unconscious interests and benefits for governments, organizations, institutions, companies and corporations worldwide in the wars in the Middle East. However, wars are never beneficial for the majority of people in the long run, even for the ‘winning side’. The massive resources invested in wars and maintaining fear and hatred policies could bring humans to unimaginable high levels of evolution in an instant, if just directed in other channels.

Grateful for the hospitality, cultivating sustainability

In spite of the diverse cultural, spiritual, ethnic identities mentioned above, we are all eventually just humans, sharing the same global habitat. We are all part of nature, as other animals and plants around us. Territorial wars are a petty waste of time and energies as we cannot own land. Land does not belong to any man, we live shortly and when we die we go back to earth. We are capable of living together in this habitat, sharing the resources and making sure they are not depleted.

Historical consequences make Europe an inseparate part of the solution of conflicts in the Middle East. A critical look at the way Europe and the rest of the world is contributing for this solution reveals suspicious contradictions.

Vienna, the place where monarchs titled themselves kings of Jerusalem, where the Jewish State conceived, the holocaust cultivated, and still today Islamophobia and anti-Semitism compete for crowd’s popularity, is the place where OneState opens its first Embassy. 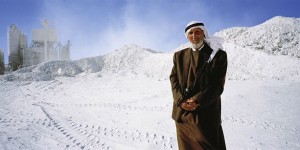