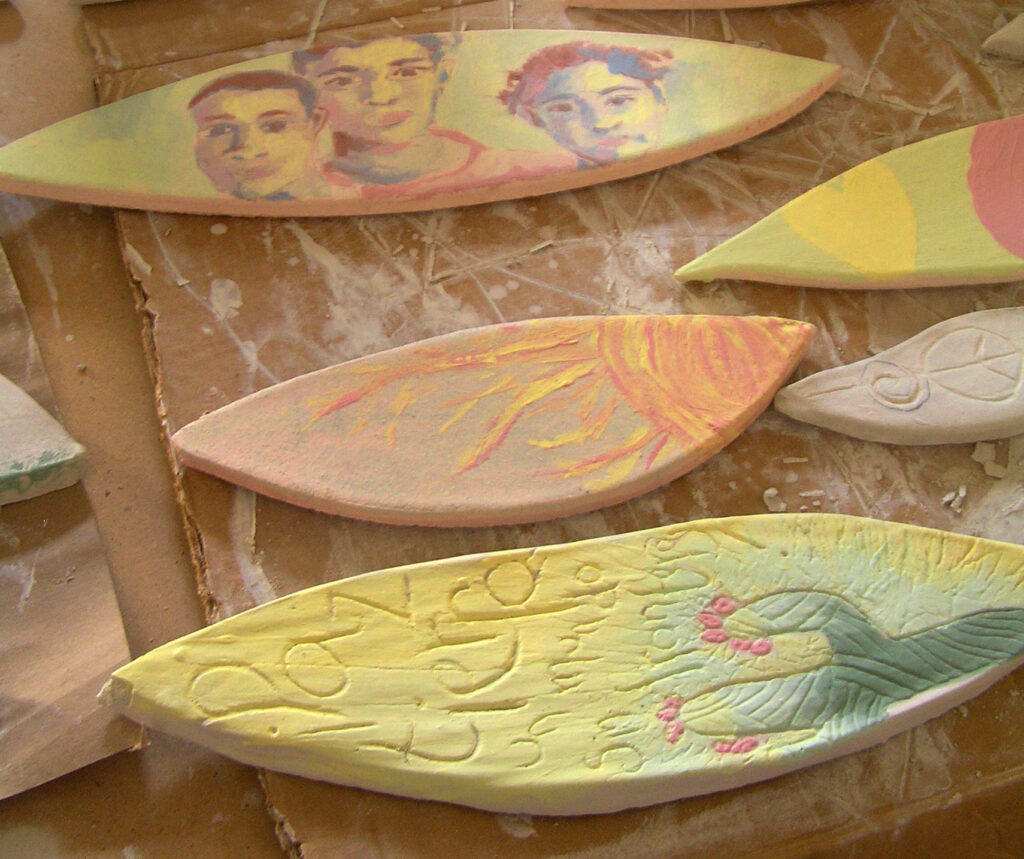 -June 25, 2008 – Tiles with members of the Olympia Storyteller’s Guild at the Olympia Center.

-July 27, 2008 – educational outreach and tile painting by youth and congregation of the Olympia Friends’ Quaker Meeting.

-August 8-9, 2008 – Tile tabling at the Mural site that included members of the Nisqually tribe who came with Boots as well as a board member and the public.

-May 27, 2009 – Debra Neid’s 3rd grade students (this is Anna Eggleton’s class) paint tiles at Garfield Elementary. Candy Eggleton came to assist and provided internet information on Rachel and the issues for the kids as they finished tiles.

-May 28, 2009 – Small tile painting party, for those who desperately wanted to paint tiles, at Traditions…now, no more tiles forever.

-Rough estimate of the number of tiles completed in these sessions: 800+

Through my love for clay, my life has transformed into pure, joyful expression. My life’s mission is to bring beauty to the world – looking back on my life, I’m not certain whether I made these choices, or whether these choices made me. Does the artist mold the material or does the material mold the artist? Is the creator also that which is created? Perhaps it does not matter, because, in the end, we are one.

As an artist, activist, and performer whose work is international and whose creations are usually directed to issues and causes, it was important to me to honor the work Cindy and Craig Corrie and the Corrie Foundation have done to achieve justice for Palestinians and right resolution for Rachel’s death in Gaza. It was an honor to take tiles into the community and talk with young and old alike about the work, why it was happening, and what was envisioned for the wall itself. I continue my international work as an artist with other groups, and will do so as long as I live and love, through music, theatre, education, and visual art.