8000 hours of audio and video recordings documenting social justice movements locally, nationally, and internationally from the 1960s to the present. The Archives features speeches of movement leaders and community activists, protests and demonstrations, cultural currents of rebellion and resistance. This oral history is in a searchable database. You can download programs and clips. Internships and training programs are available. 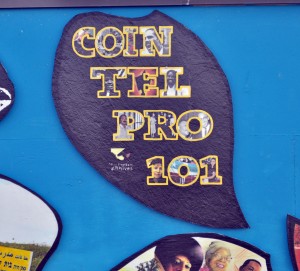 COINTELPRO may not be a well-understood acronym but its meaning and continuing impact are absolutely central to understanding the government’s wars and repression against progressive movements. COINTELPRO represents the state’s strategy to prevent movements and communities from overturning white supremacy and creating racial justice. COINTELPRO is both a formal program of the FBI and a term frequently used to describe a conspiracy among government agencies—local, state, and federal—to destroy movements for self-determination and liberation for Black, Brown, Asian, and Indigenous struggles, as well as mount an institutionalized attack against allies of these movements and other progressive organizations.

COINTELPRO 101 is an educational film that will open the door to understanding this history. This documentary will introduce viewers new to this history to the basics and direct them to other resources where they can learn more. The intended audiences are the generations that did not experience the social justice movements of the sixties and seventies.

Interviews in the video include:

Posted in Wall
Scroll To Top