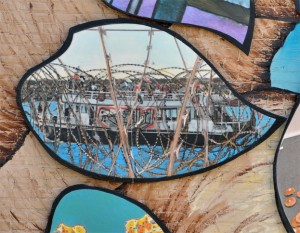 Since August 2008, the Free Gaza Movement has sailed from Cyprus to the Gaza Strip on several successful voyages, bringing in international witnesses to see first hand the devastating effects of Israeli violence against the Palestinian people. Ours are the first international boats to journey to Gaza since 1967.

We are Italian, Irish, Canadian, Greek, Tunisian, German, Australian, American, English, Scottish, Danish, Israeli, and Palestinian. We are of all ages and backgrounds. We have years of experience volunteering in Gaza and the West Bank at the invitation of Palestinians. But now, because of the increasing stranglehold of Israel’s illegal occupation of Palestine, many of us find it almost impossible to enter Gaza, and an increasing number have been refused entry to Israel and the West Bank as well.

We want to break the siege of Gaza. We want to raise international awareness about the prison-like closure of the Gaza Strip and pressure the international community to review its sanctions policy and end its support for continued Israeli occupation. We want to uphold Palestine’s right to welcome internationals as visitors, human rights observers, humanitarian aid workers, journalists, or otherwise.

We have not and will not ask for Israel’s permission. It is our intent to overcome this brutal siege through civil resistance and non-violent direct action, and establish a permanent sea lane between Gaza and the rest of the world.

All participants in the Free Gaza Movement accept the following principles and practices:

1. We respect the human rights of everyone, regardless of race, tribe, religion, ethnicity, nationality, citizenship or language.

2. The lawful inhabitants of all territories occupied by Israel since June 5, 1967 must have unimpeded access to international waters and air space, in conformity with all UN resolutions and international law.

3. The lawful inhabitants of all territories occupied by Israel since June 5, 1967 have the right to control all entry and exit to and from those territories without Israeli interference.

4. Israel must withdraw its military presence from all territories occupied since June 5, 1967 and revoke all legislation, regulations, directives and practices that apply differently to different populations living in those territories.

5. Israel must demolish all barriers built to restrict passage in all territories occupied by Israel since June 5, 1967.

6. We recognize the right of all Palestinian refugees and exiles and their heirs to return to their homes in Israel and the occupied Palestinian territories; to recover their properties, and to receive compensation for damage, dispossession and unlawful use of such property. This is an individual and not a collective right, and cannot be negotiated except by the individual.

7. We stand in solidarity with the Palestinian people, but support no particular political party or organization, without exception.

8. We agree to adhere to the principles of nonviolence and nonviolent resistance in word and deed at all times.