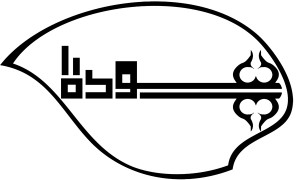 Fayeq Oweis is an Arab American artist, educator, and linguist. He received his Ph.D. in Interdisciplinary Studies with Concentration on Arabic and Islamic Studies focusing on Creative & Visual Arts from the Union Institute and University. Oweis is currently teaching Arabic Language and Culture at Santa Clara University and has taught for over three years at San Francisco State University. Oweis works on contemporary Islamic art and Arabic calligraphic compositions and has participated in a number of exhibits in California, Minnesota, Washington DC, and Florida. He designed the exterior entranceway murals and the calligraphy of the dome at the Arab American National Museum in Dearborn, Michigan. He also co-designed and directed the first Arabic/Islamic mural in San Francisco, and he was a lead artist for the Palestinian Cultural mural honoring Dr. Edward Said at San Francisco State University. Oweis is a board member of ZAWAYA, a non-profit organization dedicated to promoting Arabic art and culture. He has written a number of articles and gave numerous presentations on Arab American Artists, Arabic Calligraphy, and Islamic art. He is the author of “Encyclopedia of Arab American Artists,” a book featuring 100 Arab American visual artists.