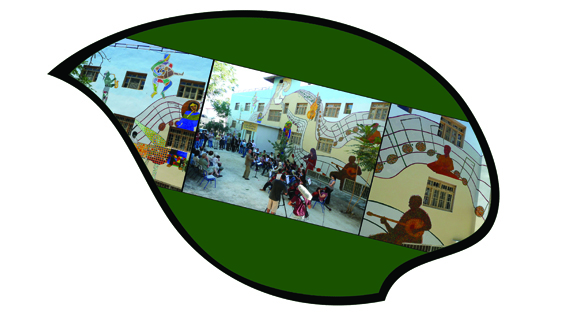 In 1990 five Palestinian musicians and music teachers conducted a study on the status of music in Palestine. They concluded that there is an urgent need to establish a music school and to fill the huge gap in music education in the Palestinian society.  It took the pioneering group three years of work to get things on the road. During that time the musicians approached Birzeit University to take the project under its umbrella. Although not a university program yet, the project of opening a music school appealed to Birzeit University very much.

In 1993 the Board of Trustees of the University made a formal decision to establish The National Conservatory of Music having the status of an affiliate to the University, and appointed the five establishing musicians as board of supervisors to the project. In October of the same year the first branch of the Conservatory opened in Ramallah with 40 students, three part time teachers, a secretary and a volunteer director, Mr. Ameen Nasser, one of the founders of the ESNCM. A few years later the Conservatory opened two other branches in Jerusalem and Bethlehem, and today, there are over 520 students enrolled in the three branches, 41 teachers, and 20 administrative employees.

In September 2004 as a tribute to the invaluable intellectual and cultural contributions to humanity of the late Dr. Edward Said, honorary member of the Board, the name of the Conservatory was officially changed to “The Edward Said National Conservatory of Music.”