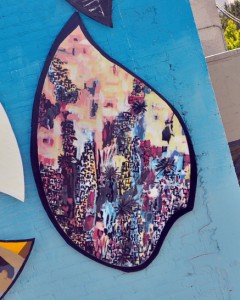 Born in Gaza City in 1971, Plastic artist and free lance photographer
Basel is a painter, photographer and video artist. He attended in 2000, 2001 and 2003 the summer Academy of Arts of Darat al Funun-Khalid Shoman Foundation in Jordan, run by Syrian-German artist Marwan Qassab-Bashi; and completed an arts course at the Gaza City YMCA in 1995. In 2003 he was awarded the Charles Asprey Award for Palestinian artists, was short listed for the A.M. Qattan Foundation’s Artist of the Year Award, and spent one month art residency in Bangalore – India.  Magoussi participated in a number of local and international solo and group exhibitions, and teaches art at the Jabalya Rehabilitation Center for deaf and dome children. General observer for the games program of the UNRWA summer camps 2007.

Winner of the bronze price for the best photo from the Union of Arab photographers – Europe, Germany 2008  Maqousi is a founder of “Windows from Gaza for Contemporary Art”
www.artwfg.ps